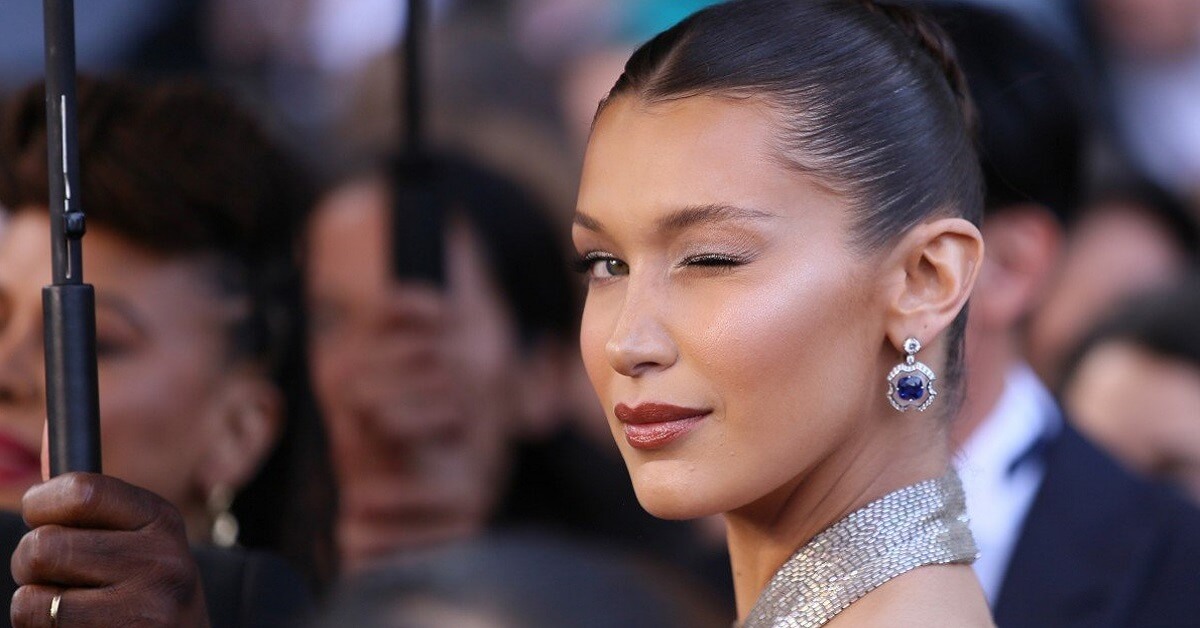 We all have tried winged eyeliner as it is a go-to look on many of us, but there is a new trend on the line which might replace our beloved classic. Here we’re talking about the foxy eye trend that has been making ground as a make-up revolution from the past few months. Bella Hadid’s foxy eye makeup has caught the attention of the people and resulted in a viral and trendy eye look.

What is fox eye makeup?

Let’s explore what exactly is foxy eye makeup and how it is a trend now. The foxy eye makeup involves concealer, eyeliner, eyeshadow, false eyelashes along other makeup products that replicate the elongated look of an eye resembling a fox. The final result is derived from its name itself. Moreover, this look will give a facelifting illusion and your eyes will definitely be a showstopper! The goal of the style is to extend the eye through applying eyeshadow and liner mostly along the top upper lid and extending up and out it towards temples, resulting in eyes that are sleeker and therefore more angled upward, similar to the actual eyes seen in East Asian looks.

The foxy eye trend begins with only an almond eye shape formed by a combined application of eyelash extensions, eyeliner, and eyeshadow every. Removing the ends of the brows and extending the inner corners of the eyes that generate an even more tilted contour are also options. On top of all this new unique look, celebrities launched the “migraine position,” a pose that appears pretty close to how westerners used to tease Asians by dragging their eyes back.

Due to its negative meanings, the trend remains to appear in a variety of forms, such as YouTube instructions for “fox eye tricks” or makeup experts adjusting eye shape with tape.

Why the foxy eye trend is problematic and considered racist

There is a long history of racism against Asians! Some Twitterati argues that the foxy eye trend is highly insensitive to Asians, as the “slanted eye” look is now lauded on the white women and is now a source of discrimination towards Asians.

The foxy eye trend makeup has already been gaining significant attention on social media, for non-asian individuals. Different Asian Americans who have criticized the trend, Dr Dr. Agnes Ju Chang, a certified cosmetic dermatologist finds this look as “offensive” to the Asian-American community, who have been mocked every time due to the shape of their eyes.

On the flip side, this artificial, tilted eye style is regarded as “lovely,” “trendy,” as well as unique on personalities like Kendall Jenner, Bella Hadid, and Emma Chamberlain. However, Asians with naturally pointed eyes regard it as “ugly” and perhaps a source of mockery or fetishization. Bloggers have managed to co-opt as well as “colonize” Asian eyes, regardless of the tragic past connected with them. They’ve adopted Asian eyes style their current vogue, ignoring the racist acts that frequently targeted them.

Non-Asian individuals are now choosing for eye forms that have been judged unpleasant and degrading to be observed in East Asians. The detrimental influence does not stop with the appearance. The stance when people raise their fingertips to their eyelids as well as pull back forehead to see the eyes goes hand in hand with such lengthened, elevated eye expression. This position recreates the precise racist tilted eye expression that has long been used to represent East Asian feature eyes.

Foxy eyes are the trend for Asians?

Concisely, the foxy eye trend is not a compliment to Asian Tradition Asian eyes; not making it as a fashion choice. They contain decades of trauma, grief, and disgrace that Asian Americans have had to bear at each and every stage of their lives. If you would like to look “unique” or “attractive,” don’t drag your eyes back as you will eventually be criticized for this look!

The fox eye vs other eye-enhancing methods

Makeup and surgical procedure are often used to improve eyes in multiple ways for quite a long period, however, the fox eye stands out as it aims to create more tilted eye shape. Different looks, including winged eyeliner, have been commonly applied to generate larger-looking eyes, and thus no bunch of people has ever been mistreated because of their big eyes

Few of the white women added, “To be honest, we have heard from non-Asians and particularly white women that we don’t approve of the trend and yes we don’t have the right to try and make our eyes look bigger or either get surgery like Blepharoplasty. It was further added, “they are attempting to silences our voices for reverse racism – to be frank, a marginalized group cannot be racist as compared to the dominant group.

The trends may come and go, but the foxy eye trend will always be the best to think twice. Experts believe that this trend will not stay for long so before it gets outdated, do give it a try!